In a recent comment, Eddie asks for a list of names. Here is a list with – program, country, topic, and family (and my nickname for some them.) 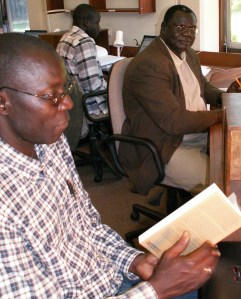 Ramadan Chan, Southern Sudan, translation. translating the concepts of justice and righteousness from the prophets – esp. Isaiah and Amos. Ramadan and Mary have four college-aged children, and many more dependents. Ramadan is our “respected patriarch” and a real Dinka giant and wise chief.

Andy Alo, translation, Congo, “Translating the metaphor of light into Lugbarati.” Andy and his wife Yvette have four boys and one girl (three kids of their own and two orphaned nephews) ages 8-12. Andy is “the philosopher.” 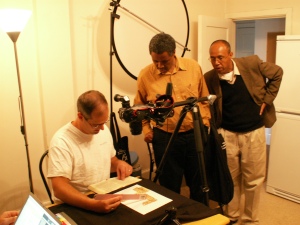 Daniel Hankore: Ethiopia, translation, translating vows and Genesis 34. Daniel and Dero have four children. Erome just started college in Nebraska. (If any of you have warm clothes to send her way, she’d be grateful). The youngest, Tumo was born four days after Liam two years ago – and helped kick off the first round of PhD babies; with the second round we have seven PhD babies so far. Daniel is our “evangelical shepherd” – keeping us in line and making sure we stay evangelically orthodox.

Karita Mbagara: Kenya, biblical studies, the Holy Spirit and liminality in Luke-Acts (maybe some ethnicity too). Karita and Jacinta have three children; the oldest just graduated from university and is working in the marketing department at KPMG. (Karita is “the respected statesman” – a true leader in every way. He has worked for FOCUS (InterVarsity equivalent) and still does a lot of pastoring). 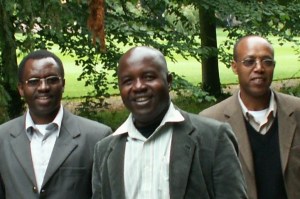 Nathan Joshua: Kenya, biblical studies, patronage and leadership in the pastoral epistles. Nathan and his wife have one girl and two boys; his daughter is in college. Nathan is “the pastor.” In addition to being a professor, he has been a pastor in the Africa Inland Church for many, many years.

Peter Yuh: Cameroon, translation, translating concepts of Honor and Shame from Ezra-Nehemiah into Kom. Peter and Joy have four children. The oldest is in junior high, the youngest is two. Peter is “Mr. Honor” for obvious reasons. 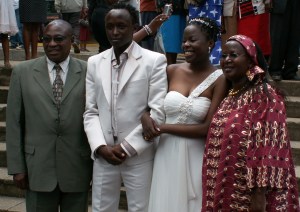 Phoebe Muthami: Kenya, biblical studies, community identity formation and the “then-now” contrast in Ephesians. Phoebe and Dickson have three biological children along with the many other children they have raised. Their oldest David was married last Saturday in a wonderful, unique, standing-room only wedding. Phoebe is our “mother.” Phoebe and Dickson also pastor a church plant in one of Nairobi’s poorer slums. (See for example this heart-rending story from the period of post-election violence.) 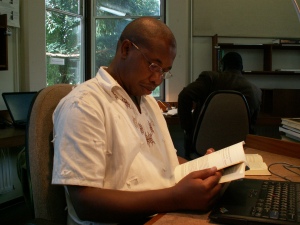 Richard Mutura: Kenya, biblical studies, Paul as exemplar in Galatians. Richard and Helen have a nearly one-year old daughter (just a couple more days), Becky. Richard is our “fearless leader”; he was our designated leader for the first few years. Eventually he asked for a break, so now we rotate the “representative of the month”, but Richard still takes up the reigns when we need him. I can’t begin to tell you all he did to make sure we got our tickets and other things we needed. Look for Richard in the Kenyan Parliament five years from now. Richard is the kind of guy who will go the extra mile for you – a midnight rescue. To read about his jail experience from his more youthful days, see here. 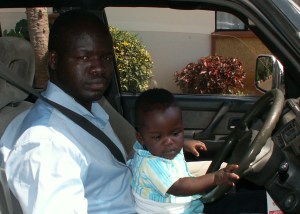 Nelson Makanda: Kenya, biblical studies, patron-client relationships in Galatians. Nelson and Carol’s one-year old son Andrew turned ONE YEAR OLD yesterday. HAPPY BIRTHDAY, ANDREW!! They also are raising Tracy, their five-year-old niece. Nelson is our “politician”; look for him in the Kenyan parliament after the next elections too. Someone asked Nelson today why they would go into politics in addition to teaching. Nelson’s response: “We need leaders who will transform Africa for Christ.”

Not with us are: 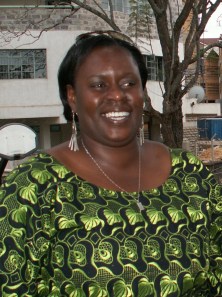 Jackie Othoro, Kenya, biblical studies, Esther and social drama. Jackie will be going to Wheaton, Ill. to do her outside library research. Jackie is a wonderful and active pastor, and we all miss her cheerful personality on this trip.

Samy Tioye, Burkina Faso, translation, already did his library work in Jerusalem at Hebrew University. He’s our “rabbi!”; where else could he go? Samy is working on translating the concept of eating blood from Leviticus into Lobiri. Samy and Fortuna (one of Christi’s very closest friends) have four children – Eliel, Menahem, Myria, and Ayelette. For one of Samy’s recent adventures, read locked up in a Kenyan jail. 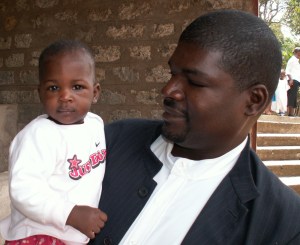 I guess this blog makes me the “Chronicler.”

I’ve slaved in the trenches with these friends for over three years now, and I can say that they are the most incredible group of people I have ever worked with. A couple of years ago, we spent five weeks living together and trudging around Israel. We all got tired, and a few of us got sick, but never once did I see any conflict. On a daily basis, I get to see their commitment to God and their sacrifice to other people. I can’t tell you how much of a privilege it is to be able to share in their lives and call them my closest friends.